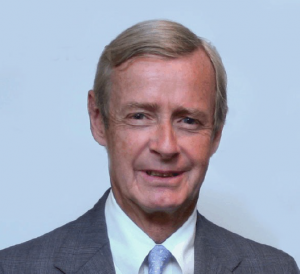 In 1970, he was Director of Research for James Buckley’s successful campaign for the Senate from New York. In the mid-1970s Oliver both wrote for and served as executive editor of National Review. And for most of the years since then, with the exception of the eight years he served in the Reagan Administration, Oliver has been on the board of National Review, serving as chairman from 2001 until Buckley divested himself of the magazine’s stock in 2004, at which time Buckley named him to the board of National Review’s holding company, on which he served until 2013.

Since leaving the government at the end of the Reagan years, Oliver has continued his role in public policy, even as he has been active as a consultant and attorney. His appointments have included Distinguished Fellow at Citizens for a Sound Economy Foundation and Senior Fellow at the Heritage Foundation.

Oliver has served on the boards of numerous conservative organizations, including the Philadelphia Society (of which he is a past president), the Pacific Research Institute for Public Policy (of which he is a past chairman), the Federalist Society, and the International Policy Network, which awarded, annually, the Bastiat Prize for journalists whose writing emulates the great 19th-century French classical liberal philosopher and politician, Frédéric Bastiat. Oliver is a member of the Mont Pèlerin Society, and in 1988 received the degree of Doctor of Political Science (honoris causa) from Universidad Francisco Marroquín in Guatemala.

His writings have appeared in the Claremont Review of Books, National Review, The Wall Street Journal, The Hill, and The Washington Times, among other publications.

It’s refreshing to have interesting historical anecdotes and context.

I’m afraid most of the kids writing simply don’t know very much.

Daniel can be reached for speaking and private briefings at...